Collections at Auction : 1st in a Series Being The Pescheteau-Badin Auction of The Maurice Aicardi Estate Collection... A Truly Gentlemanly Style! 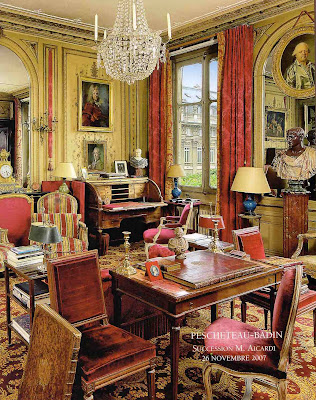 In November of 2007, The Parisian auction house Pescheteau-Badin, conducted the auction of the collections of the late Maurice Aicardi. This auction house is not as widely known outside of Europe as are Sotheby's, Christie's or even Doyle's and Phillips. But to Europeans - particularly the French collecting circles, it is known for it's very respectable offerings of fine estates of the second rank that don't have the impact that such estates as that of the late Yves Saint Laurent would have enjoyed. Yet, to informed collectors, such auctions are truly a gold mine with possibilities and the excitement of discovery and acquisition!

Maurice Aicardi's taste in arranging his home was clearly influenced by the great taste makers of his time like Charles de Beistegui, Madame Castaing, Georges Geoffroy and Maison Jansen. You see it in the patterned carpets, the leopard skin fabrics on chairs and pillows, the red walls of the chambre `a coucher, the walls covered with lovely paintings including lots of portraits of gentleman and ladies in their bewigged and powdered finery, interspersed with amazing effortlessness alongside prints and drawings in framed with delicate watercoloured mats. This is the nearly extinct easy civilized taste of a generation of European that still emerges at auction from time to time today as the last of this generation passes... And what they can teach us about l'art de vivre is invaluable! 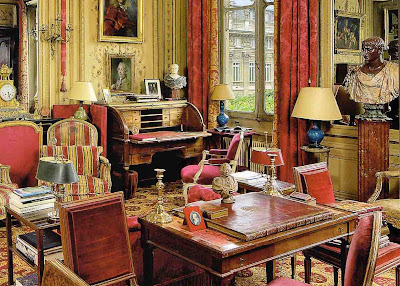 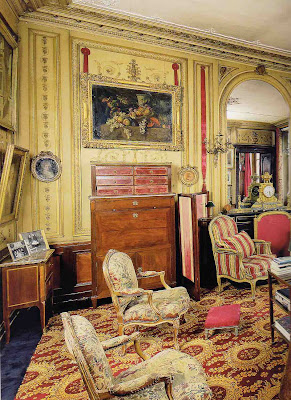 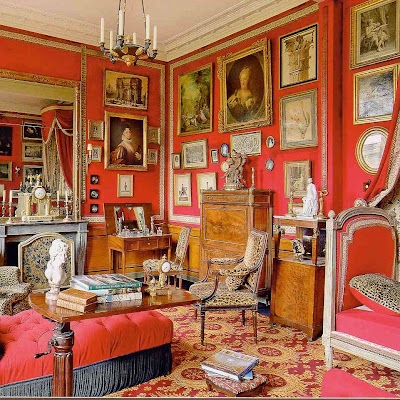 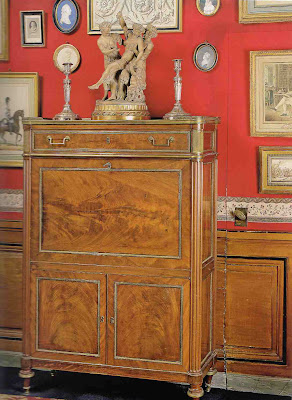 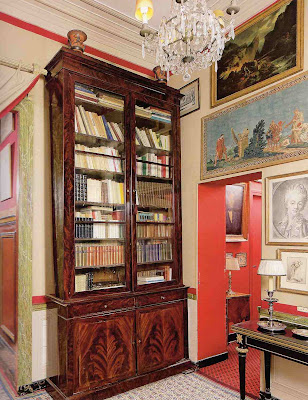 Above all however, Aicardi was a true collector and that is something of which one cannot lose sight as one peruses the photos of his elegant Parisian residence in the Palais Royale.


The decorating seems to have just taken care of itself! This man bought quality! He clearly wanted good representational pieces ranging from the early 18th Century to the early 19th Century. But he was more interested in his acquisitions being fine rather than just accumulating trophies to impress. Like Beistegui, he had no qualms about putting a pair of Consulat chairs in a room with a Louis XVI semainier under a Regence portrait. But unlike Beistegui, he was collecting more than decorating and clearly sought good examples of good straight forward period furniture and other decorative art. Such collectors of French furniture from Louis XIV to the Restauration were more concerned with quality than labels or just stage set decorating and that breed are noticeably on the wane today. And before the last of these very seigneurial decorative ensembles and collections completely disappear, they should be recorded, photographed, studied and appreciated for the lessons they can impart to us in this hurried world where it's unlikely anything like this way of life they represented will be seen again. Helas!
Posted by The Curious Connoisseur at 10:27 AM