18th Century Folies from the 1960's at Chateau de Groussay 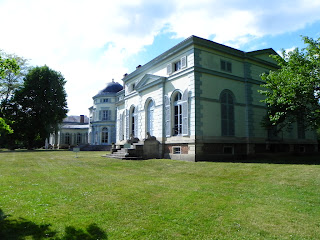 Enthusiasts of the 18th Century and its seductions are all familiar with one of its many notable charms - the garden folly. One architectural historian described them as "joke buildings". Indeed these small whimsical constructions were not so small and could accommodate a good number of people for a reception or a chamber music performance. And it's not unlikely that many a folly was not considered to be a most accommodating place to arrange an assignation with a lover. 18th Century France and all of Europe's elite delighted in commissioning architects to design and erect such endearing edifices. Among the most notable remains the famous Desert de Retz with its pyramid and house in the form of a large broken column from Antiquity.

However in the 1960's, one of the 20th Century's most admired and eccentric taste makers, the Hispano Mexican bon vivant Charles de Beistegui, spent the last 10 years of his life, in the wake of a stroke, embellishing his much admired Chateau de Groussay near Versailles with a population of absolutely magical follies to evoke the douceur de vivre of the 18th Century as it has seldom been evoked - even in Hollywood! In this last great project of his life, he was assisted by his architect of choice, Emilio Terry and the Russian artist Alexandre Serebriakoff.

This is the front entrance to Groussay... 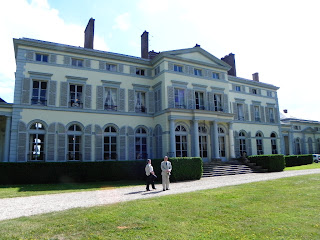 And one of our animated and enthusiastic group of visitors that participated in this memorable outing is Thierry Coudert who is seen in conversation with Olivier who is the personal assistant to the owner at the time of our visit. 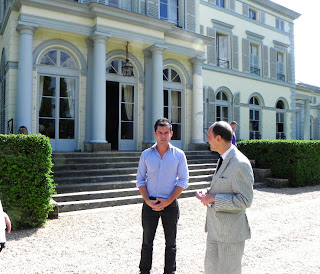 Promenading at Groussay with a group of friends last May as guests of its former owner Jean Louis Remillieux (who just sold Groussay this summer to a mystery buyer about whom little is currently known), we had the delight of enjoying an unforgettably magical spring day taking in the enchantment of lush green gardens, cool placid lakes and rivers amidst which these eccentric architectural fantasies were so effortlessly dotted.

The first stop was the hypnotically spellbinding Tente Tartare inspired by a Swedish model as commissioned by Gustav III at Drottningholm. 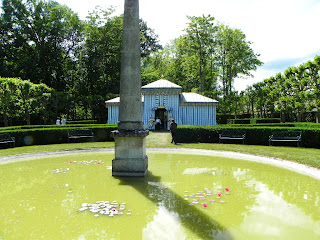 The "tent" is actually made from painted metal sheets over the concrete construction. 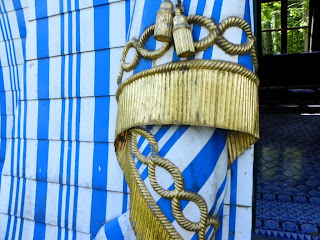 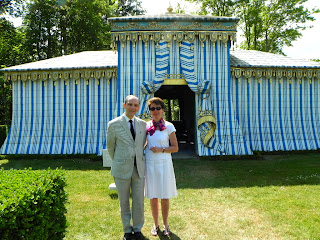 I am in this photo with my much admired and fond friend the noted French scholar, private museum guide, and author on the decorative arts, Anne Marie Quette without whom the visit to Groussay would have been impossible to imagine! 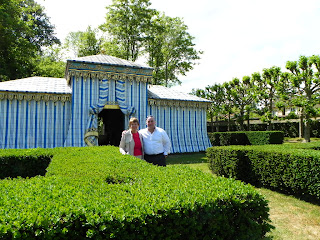 In this instance Beistegui added the original detail of specially ordered blue and white tiles from Delft which line the entire inside of the pavilion! 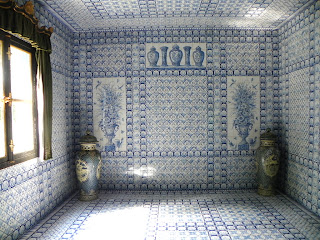 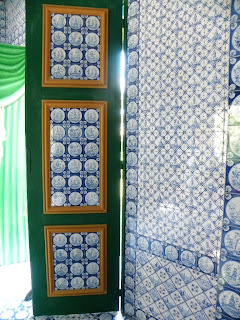 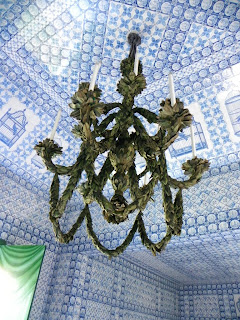 Other follies included this Paliadian Pavilion peacefully nestled in a green maze of bushes and shrubs. 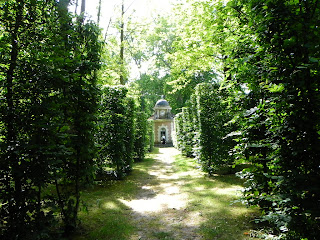 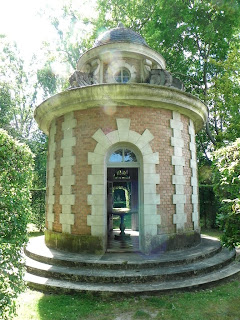 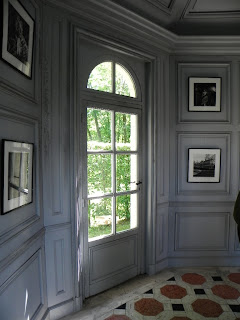 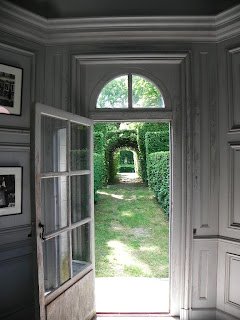 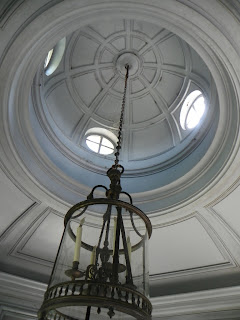 This is followed by a charming outdoor theatre. 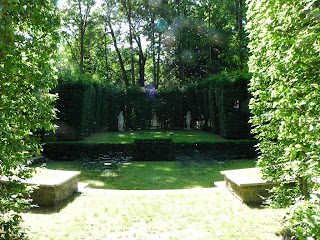 The pyramid is inspired by the ice house pyramid at the Desert de Retz. 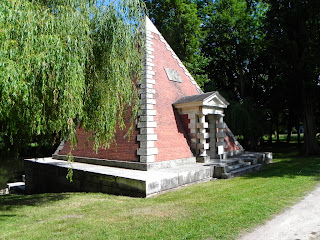 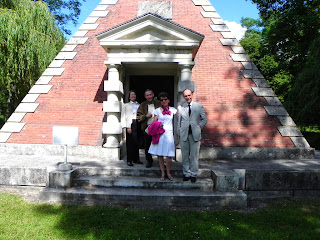 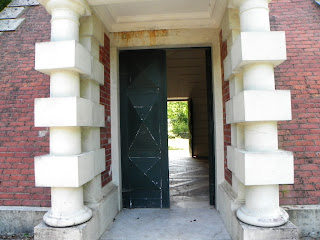 And the Palladian Bridge is a cross between the bridge at Wilton in England and the bridges of the Venetian canals. 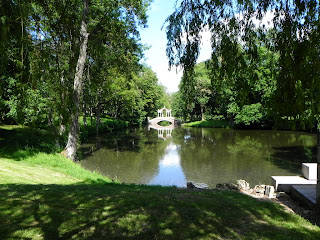 Then comes the unforgettable Chinoiserie Pavilion which is a riot of polychrome and reveries of a China that existed only in the fantasies of 18th Century patrons who yearned for the visual novelties evoking the distant exoticism of the East... 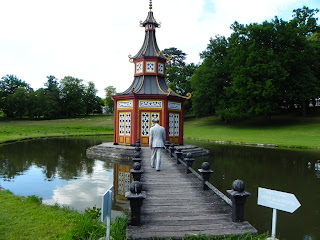 The inside is no less evocative of the 18th Century's sense of whimsy and joie de vivre! 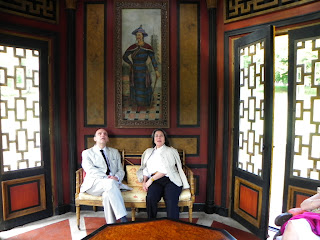 Below, resting inside the Chinese Pavilion is the much valued friend and colleague, the eminent historian of the City of Versailles Messr Jacques Villard with whom I was so happy to be able to share this landmark visit. 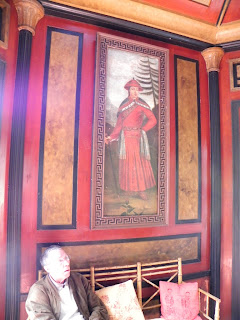 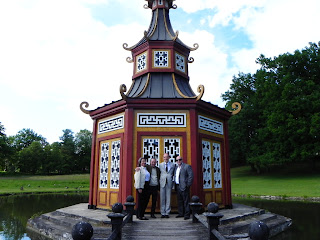 Messr Remillieux kindly had our group also enjoy the lovely interiors of Groussay but did not send us off without the lovely gesture of inviting us to a glass of champagne in the widely admired and famous library where you see me and this generous host and guide toasting a successful and unforgettable day at Groussay! 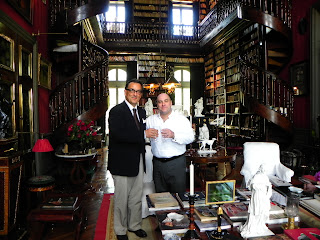 Posted by The Curious Connoisseur at 2:09 PM